My brother was held captive in Syria by Da’esh for 18 months. For some of that time he was held with other hostages. Among them was American journalist James (Jim) Foley.

Jim had been in many frontline situations and reported on them with distinction. On the 13th August 2014, Jim was murdered by Da’esh in the same manner as they murdered my brother a month later.

His family have been working tirelessly since his death to make Jim remembered not for how he died but for the very good work he did. In many ways Jim was as much a humanitarian worker as my brother was. You can learn all about Jim’s life, his work and the very special family he belonged to at the www.jamesfoleyfoundation.org.

Recently his mother Diane Foley was visiting London for the launch of a film about Jim (Jim: The James Foley Story). I would thoroughly recommend you watch the film. I travelled to London to meet with Diane and spent time with her to talk about Jim and David. It was, as you can imagine, a very emotional meeting with both of us shedding tears. Brought together by the actions of hatred we were able to share support, love and kinship.

Diane and I talked for some hours about the holes we have in our lives from the loss of Jim and David respectively. We talked of our fight against the fear and hatred that terrorists seek to sow in our communities. We talked of who David and Jim were, their hopes and dreams, the things that were important to them. We went onto talk of how their lives have encouraged us to do good in their names.

Diane is an extremely inspiring woman, whose appreciation of the work done in David’s name so far, has made my determination to continue all the stronger. Hopefully in the future there will be opportunities for our families to work together, for the cause of peace and unity.

The Second Anniversary
September the 13th is the second anniversary of my brother's murder at the hands of terrorists. My family and I still…
Read more 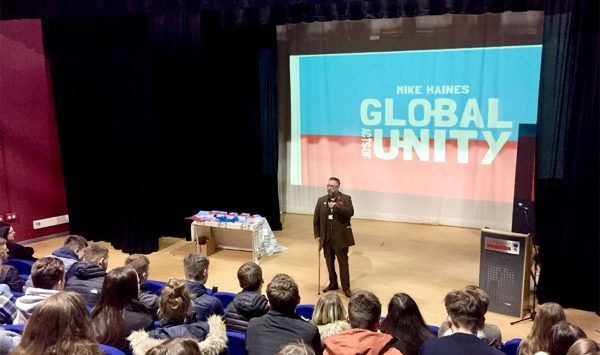 An OBE for GAU
On the 8th of June at 22:30 in the London Gazette my name was included in Her Majesty’s Birthday Honours List for the…
Read more 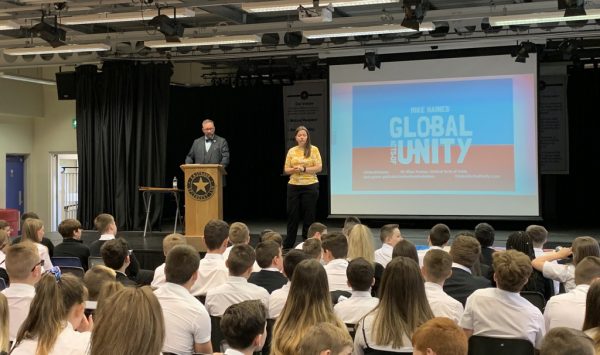 Eastbank Academy; Your Light Shone Indeed.
The 17th of June was a beautiful sunny morning. Looking forward to the day GAU was off to Glasgow on the train. We had…
Read more