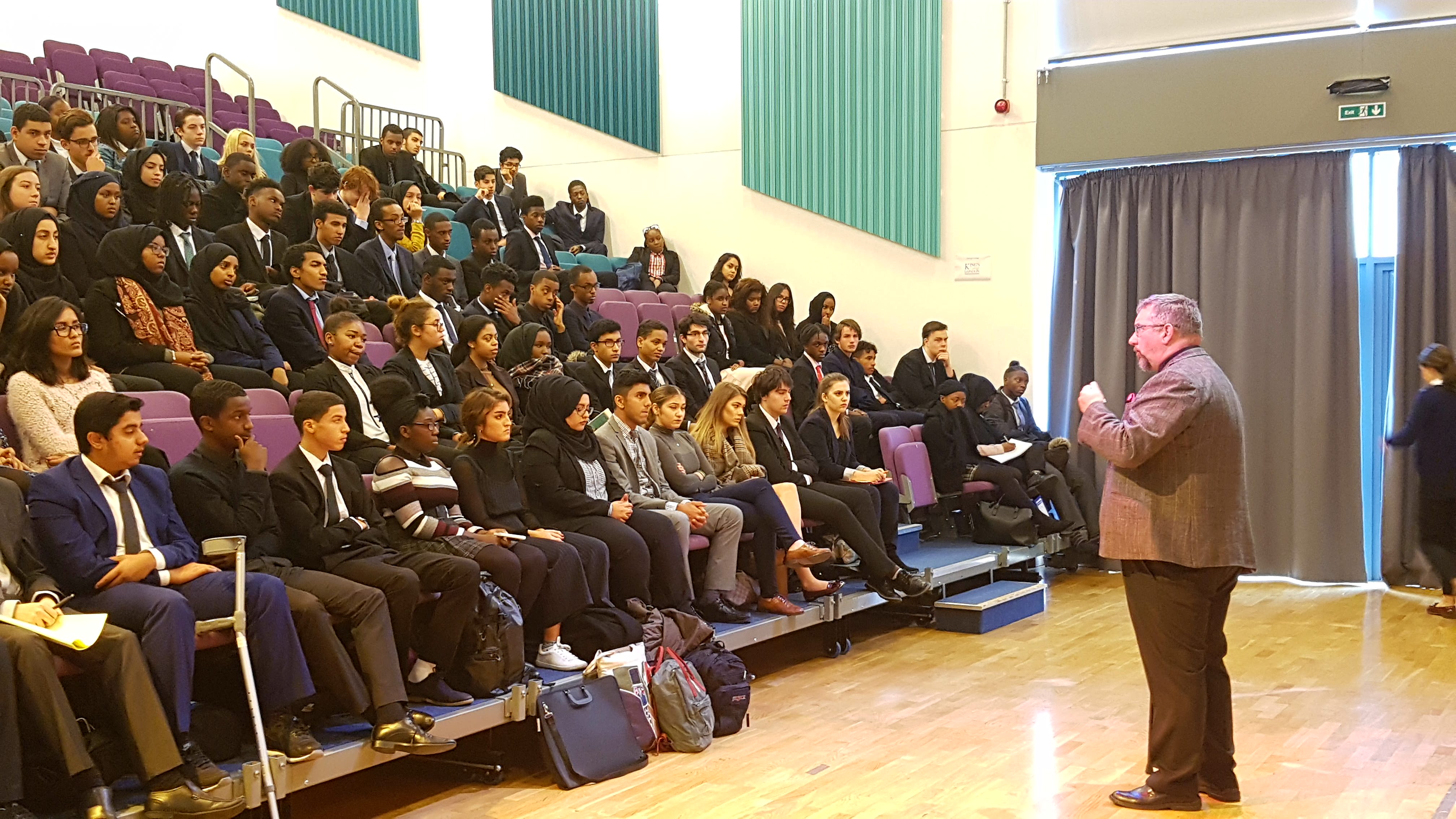 On 20th October, I visited Burlington Danes Academy in the White City area of London as part of my schools-tour element of the Global Acts of Unity campaign. This school used to have a bad reputation however the staff and pupils were determined to make changes and now it is a wonderful school full of life and laughter.

My friend Nick and I were escorted through the art-filled corridors to the first of two talks. The first took place in the assembly for students aged between 14-16. They all filed in very quietly and stood ’til all the students were assembled. It was very different to my time at school, much more self-discipline and respect from the students at Burlington.

The format of the first session differed from what I normally do due to time constraints. The session took the format of a question and answer session with the teacher and the pupils. The teacher introduced me and gave a summary of the story of what happened to my family. Then came a series of questions from the teacher which in turn had the effect of producing questions from the students. They had many questions which I answered as best I could.

We were then escorted into the lecture theatre for the sixth form presentation. Again, they entered quickly and quietly with the minimum of fuss and horseplay. The teacher then gave a brief introduction before I began my presentation. During my talk, there was perfect silence, I could see that quite a few of the students were visibly moved by the story of what happened to my family. The presentation was then followed by a short film and then a question and answer session.

Goodness me I was not prepared for the avalanche of questions. Many of them extremely penetrating and socially aware. A good few of the questions I had not been asked before, including one about whether it was ever right to die for your country?. The sheer volume and complexity of the questions was astounding. I joked with the teachers that I would not be coming back as they gave me such a hard time! We had to bring the session to a close as the students had lessons to go to, however many remained behind to give me their thanks to and ask further questions.

The way the students became so involved was wonderful to see. I would like to thank the students and faculty of the Ark Burlington Danes Academy for the wonderful reception I received and I look forward to further communication and visits with them.